Enjoy Nitro Cold Brew Coffee in the Comfort of your Home

Nitro coffee is all the rage at the moment. If you haven’t jumped on the bandwagon yet, you should at least try the brew out. Agreed, nitro coffee may not be to everyone’s tastes, but you won’t know until you have taken a sip. If you don’t know what nitro coffee is in the first place, read on. 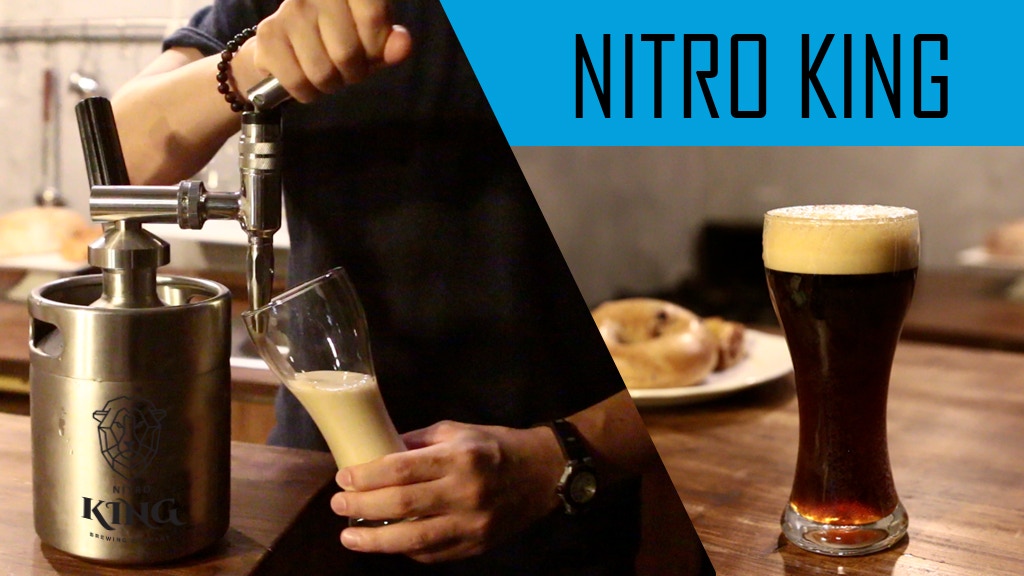 As the name suggests, nitro coffee is a cold brew infused with nitrogen. The naturally occurring element not only makes the coffee brim creamier, but also changes its overall outlook to match that of a fizzy beer. Thus, you can enjoy the scintillating taste of a cold, creamy coffee while admiring its beer-esque look.

Nitro coffee is normally available only in coffee shops, until now that is! The Brewing Company, a well-known coffee maker in the country, has come up with an authentic contraption to convert your regular cold brew into fresh nitro coffee. Nitro King, as the compact machine is called, looks just like something you will find in some famous coffee shop. The coffee-making process is as easy as pie. After you have prepared your cold coffee, pour it into the Nitro King container and affix the lid along with the nitrogen cartridge. The cartridge is not provided with the contraption, so you will need to purchase your own. Once the machine is secure, shake it for a few good seconds and voila! Hold your coffee/beer mug under the tap to get your daily dose of fresh, creamy nitro coffee.

The Brewing Company is currently running a kickstarter campaign for the Nitro King. Back the product up for $165 or more and get your home nitro coffee maker at your doorstep in October.